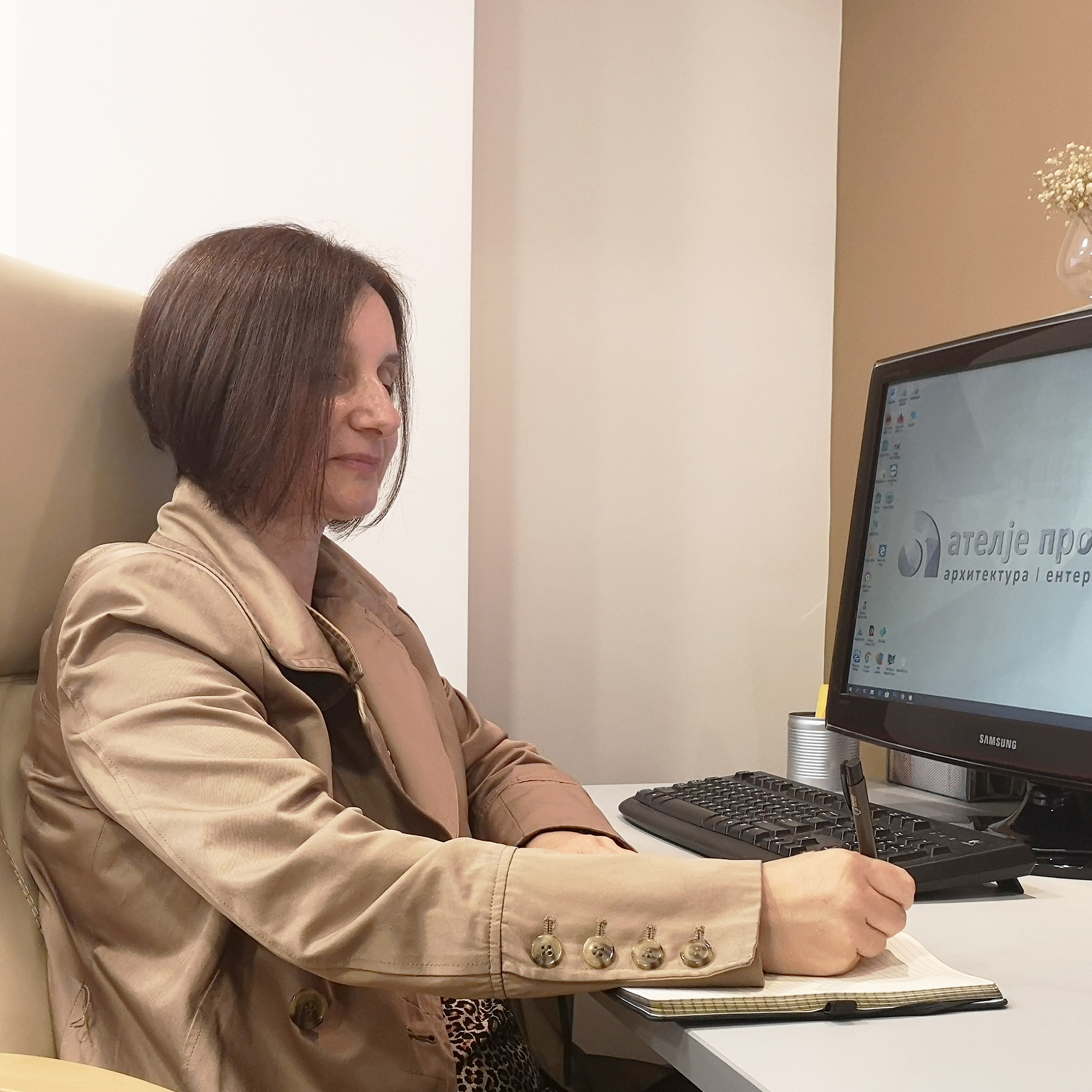 Monika Stojchevska was born in 1963 in Prilep. She finished her secondary education in “Josip Broz Tito” High school in Skopje. In 1987 Monika graduated at the The Faculty of Architecture within “Ss. Cyril and Methodius” University in Skopje in 1987. In 1990 together with her spouse Ilija Stojchevska founded Atelje proekting, where she is director and head architect.During her many years in Atelje proekting, Monika has designed many buildings, interior designs and also awarded projects. More significant are: